This month, I had the amazing opportunity to attend a strategic meeting in Kigali, Rwanda. Attended by high-level African government officials, investment bankers and entrepreneurs, the boma conference was hosted by The AfroChampions Initiative, with a theme of “Achieving Green Industrialization to Enhance Africa’s Global Competitive Edge.”

It was a great time of amazing collaborative sessions and new connections. I was honored to meet for the first time the Honorable Minister of Environment of Rwanda, Vincent Biruta, and former Prime Minister of Ethiopia, His Excellency, Hailemariam Desalegn. It was also a pleasure to see again His Excellency, President Olusegun Obasanjo, former President of Nigeria and Patron of The AfroChampions Initiative and also, His Excellency, Albert Muchanga, the African Union’s commissioner for Trade and Industry. It was quite a reunion in Kigali.

The program commenced on October 8, 2019 and ended on October 11, 2019 in Kigali, Rwanda.  From my experience there, I can honestly say that I was encouraged that Africa is on track to use its abundant natural resources for dynamic economic change.  I learned so much about what is possible with the land and environment that Africa is blessed with.  It just needs to be properly and efficiently harnessed by hands dedicated to Africa’s progress.  It will take a strong public-private sector collaboration, and The AfroChampions Initiative, under the leadership of Dr. Edem Adzogenu, is paving the way in that aspect.

The people of Rwanda are very pleasant and hospitable. Our field visit to Inyange Industries, a producer and manufacturer of a wide variety of fruit products, was quite memorable. It was also a great honor and pleasure to visit a number of youth centers in Kigali and beneficiaries of ImpactHER, an impact-driven nonprofit organization that empowers African female entrepreneurs founded by my good friend, Efe Ukala. The visit to the Kigali Genocide Memorial was also very impactful.

While at the Kigali boma conference, I addressed attendees and presented an update regarding BomaLink, a project and venture started in April 2019, commissioned by the African Union‘s ambassador to the United States, Her Excellency, Dr. Arikana Chihombori-Quao. BomaLink is a professional networking platform that will serve to connect the African Diaspora to opportunities to work and serve in Africa.  We like to think of it as a LinkedIn for the global African community.

It was the perfect time to talk about BomaLink because this new green industrialization will require involvement from all of Africa’s human capital – home and abroad.  Our goal is to see BomaLink be the foremost vehicle for fostering these international connections.

BomaLink will be launching on December 31st, 2019, during the Year of The Return, and I’m so excited to share it with the world.  The next Industrial Revolution is Africa’s green industrialization and BomaLink will be one of the players in that revolution – connecting talent and funding to where it is most needed. 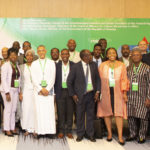 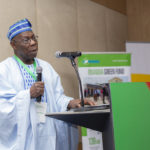 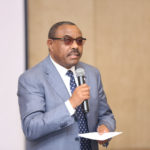 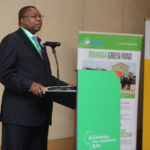 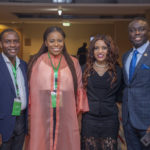 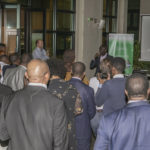 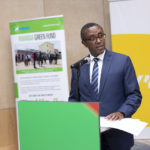 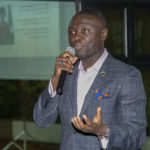 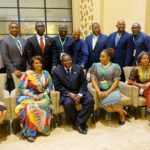 African diaspora delegation from the USA with Albert Muchanga 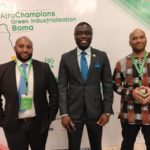