It has been quite a busy year, filled with travel, learning, and building new alliances and partnerships, and I’m grateful for the journey.  This month, I attended the Annual Legislative Conference, hosted by the Congressional Black Caucus Foundation, CBCF, at the Walter E. Washington Convention Center in Washington, D.C.  This year was the event’s 48th anniversary and my first time attending.

The mission of the Congressional Black Caucus Foundation is “to advance the global black community by developing leaders, informing policy, and educating the public.”  The Annual Legislative Conference is a great opportunity to interact with our nation’s black lawmakers and learn about the policies they are working on to make life better for African Americans and all marginalized communities.

I had the honor and privilege of meeting many brilliant minds, leaders and titans of industry from all over the nation.  I had the pleasure of speaking with the President of the Congressional Black Caucus Foundation, Dr. David Hinson, and several of our great US representatives and senators including Congressman Bobby Rush, Congresswoman Karen Bass, Congressman Gregory Meeks, Congresswoman Sheila Jackson Lee, Congresswoman Frederica S. Wilson and of course, my darling mentor, Congresswoman Brenda Lawrence of the 14th district.  It was awesome connecting with CNN’s Symone D. Sander in-person.

It was also a joy to connect with my mentor and Kappa brother, Mr. Victor Russell, managing partner of MMR Realty Advisors of Texas.  The Kappa Alpha Psi fraternity was well represented with its Grand Polemarch, Reuben A. Shelton, III, Esq., also in attendance at the CBCF conference.

It especially warmed my heart to see our legislators in traditional African attire, celebrating the unity of one Africa and one people. It brought to life for me the vision of BomaLink, connecting the African Diaspora all over the world to Africa.  I shared the BomaLink vision with several industry leaders during the conference and in Africa, and there is a lot of excitement about its launch.  I am confident that now is the time for this groundbreaking project.

Special thanks to the Congressional Black Caucus Foundation, CBCF, for an informative and enlightening conference and opening the doors to those of us that want to learn and build legacies. I am looking forward to our collective great works ahead. 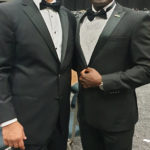 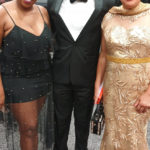 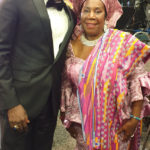 Shola Salako and Congresswomen Sheila Jackson Lee at the CBCF 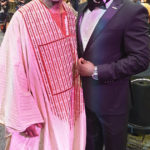 Congressman Gregory Meeks with Shola Salako at the CBCF 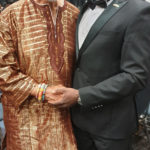 Congressman Bobby Rush with Shola Salako at the CBCF 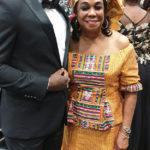 Shola Salako with Congresswoman Frederica Wilson at the CBCF 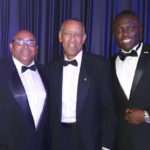 Mr. Victor Russell (middle) with Shola Salako at the CBCF